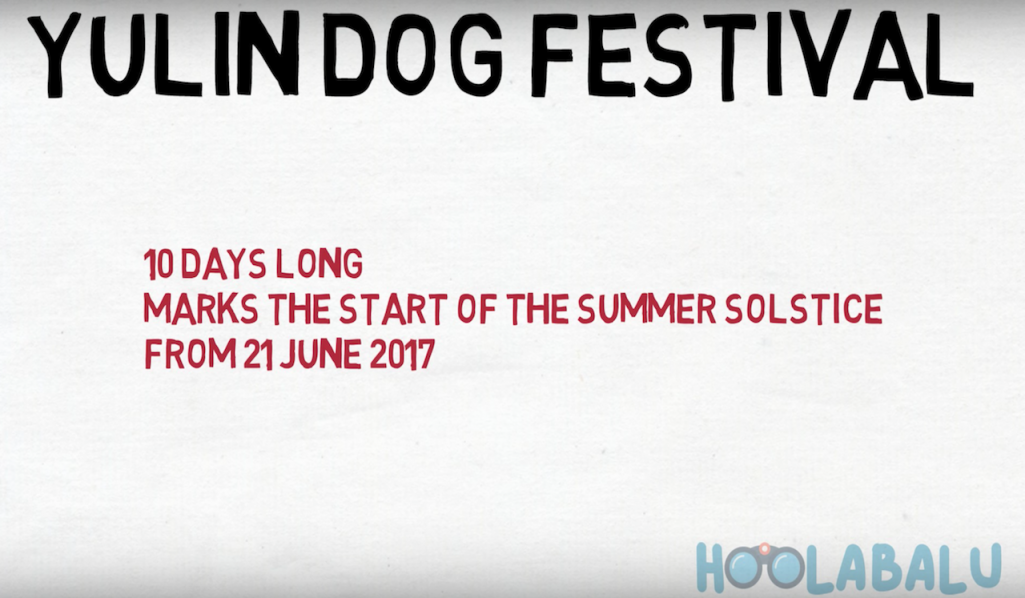 The Yulin Dog Festival in China coincides with the Summer Solstice and lasts for 10 days. This festival entails the gruesome killing of dogs, usually by clubbing live dogs over the head, and then boiling alive. While there has been much publicity around the world about this festival, leading to even the local government to try to distance itself from the festival, Hoolabalu feels that this is a topic that would benefit from some additional airtime to raise awareness of the festival, and hopefully provide some ideas to views as to what they could do.

Sounds Cute. You may have an image of lots of happy dogs playing right?

But No – this is a horrific experience for dogs, and very upsetting for animal lovers.

Right here. It’s in Guanxi Province in Southern China. At its peak, it was reported that over 15,000 dogs were killed and eaten over 10 days. Due to outrage, both internationally and in China, it was reported that the number dropped to 1,000 in recent years. Although hard to verify, this is a step in the right direction – But, This is still unacceptable.

It has been reported that many of the dogs have been kidnapped from loving families. They are tortured, beaten, and then boiled alive.

How can you help?

First help raise awareness of this festival – share this video, search for news articles and share those too. Be warned, there are some horrific pictures out there.

Let your local or national government know that you are sickened by this. The more people who raise the issue, the more likely it is that the Yulin Local Government will be pressured to do more to stop this.

Finally, support the animal welfare groups in your country who are actively fighting to stop the slaughter. Contact them to learn more about how you can help.